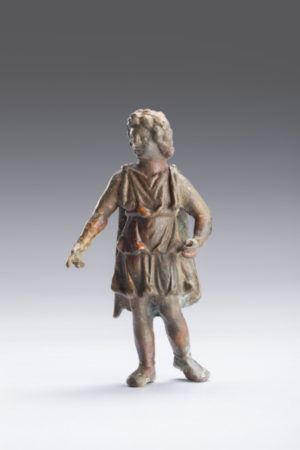 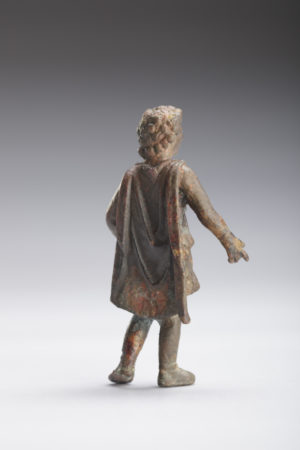 BRONZE FIGURE OF ALEXANDER THE GREAT

Standing with his weight on his right leg, his left leg set back, his head with wavy hair turned to the left, wearing short peplos with mantle pinned at the back of both shoulders, his left arm bent at elbow holding now missing apples of the Hesperides (?), his right arm resting on a missing club.