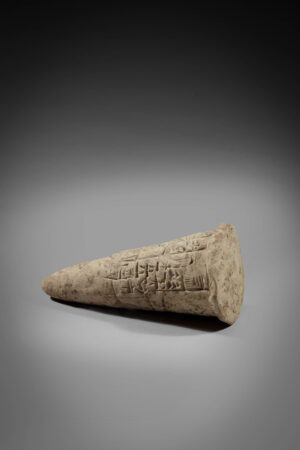 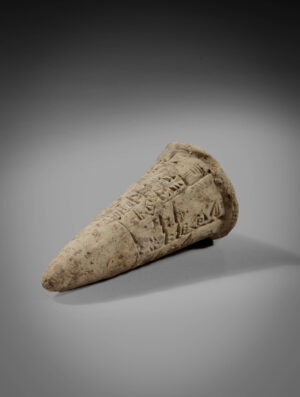 Terracotta foundation cone with domed top bearing frieze of impressed cuneiform text in nine vertical columns on upperpart of the cone, from Gudea, one of the most famous rulers of Mesopotamia.
Text consists of a construction hymn:
’…For Nin-gir-su, strong fighter of Enlil, Gudea, ruler of Lagash, has built what will last forever. He built for him E-ninnu (the temple of Nin-gir-su), his shining Indugud-bird, and put him back at his place…’