More than 100 painted coffins have been found at the ancient necropolis of Saqqara, south of Cairo 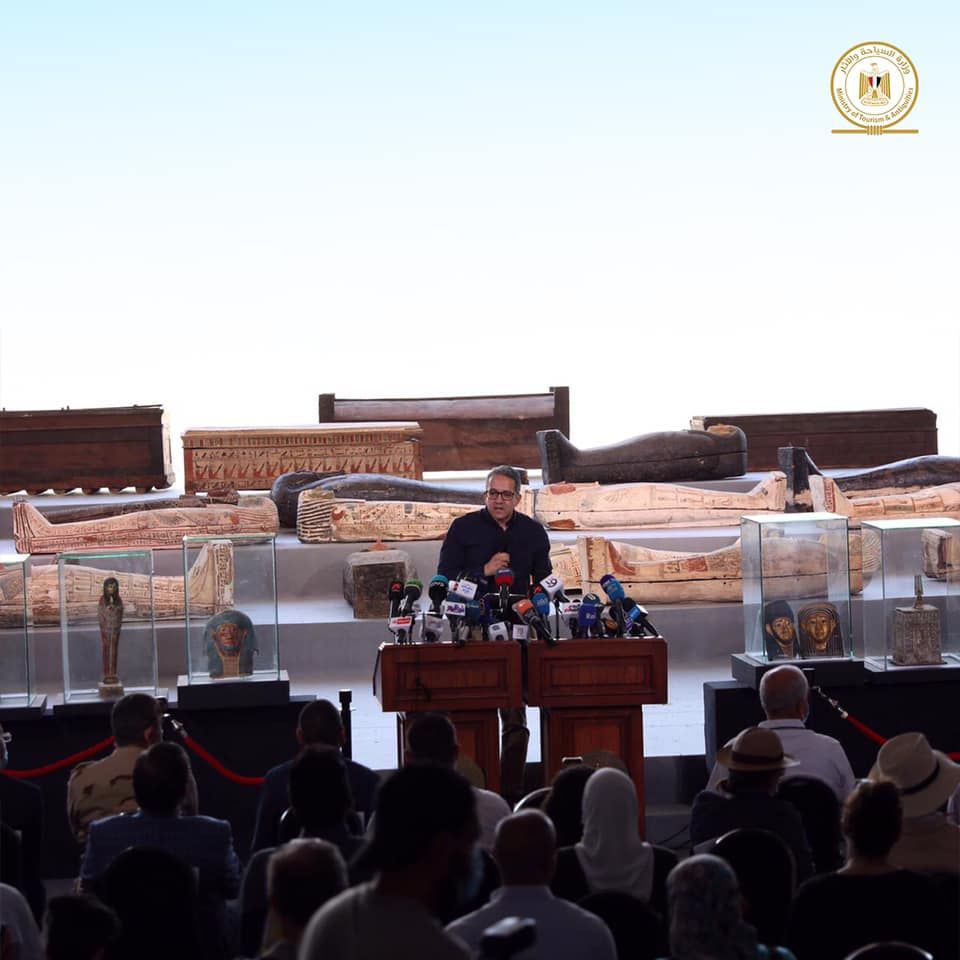 The discovery was announced at a press conference last week © Ministry of Tourism and Antiquities, Egypt

Egyptian archaeologists have announced the discovery of more than 100 painted coffins at the ancient necropolis of Saqqara, just south of Cairo. The coffins are sealed and intact, and were found along with funerary masks, canopic jars—used to store mummified internal organs—and statues, says Khaled El-Enany, Egypt’s minister of tourism and antiquities. The wooden coffins and other objects were buried during Egypt’s Late and Ptolemaic Periods, which together lasted from 664 to 30BC.

This is “the biggest discovery in 2020”, says Mostafa Waziry, the secretary general of Egypt’s Supreme Council of Antiquities. The coffins and objects were found in three burial shafts, each nearly 12 metres deep, which were hidden beneath an almost five-metre-high mound of debris, Waziry says. The collection will be sent to the Egyptian Museum, the Grand Egyptian Museum, the National Museum of Egyptian Civilisation and the New Administrative Capital Museum, which will open within five or six weeks, El-Enany says.

The mummy within the coffin being X-rayed © Ministry of Tourism and Antiquities, Egypt

During the press conference, one coffin was opened and the mummy within X-rayed, revealing the remains of a man with his arms crossed in the manner of the Egyptian god Osiris, with all of his internal organs removed except for his heart. The man probably lived at the beginning of the Ptolemaic Period, Waziry says.

It has been a busy year for the Saqqara necropolis. This new announcement comes only one month after the same team uncovered 59 coffins in other burial shafts. More discoveries are set to be announced in the coming months, El-Enany says. “We still have a lot to reveal.” 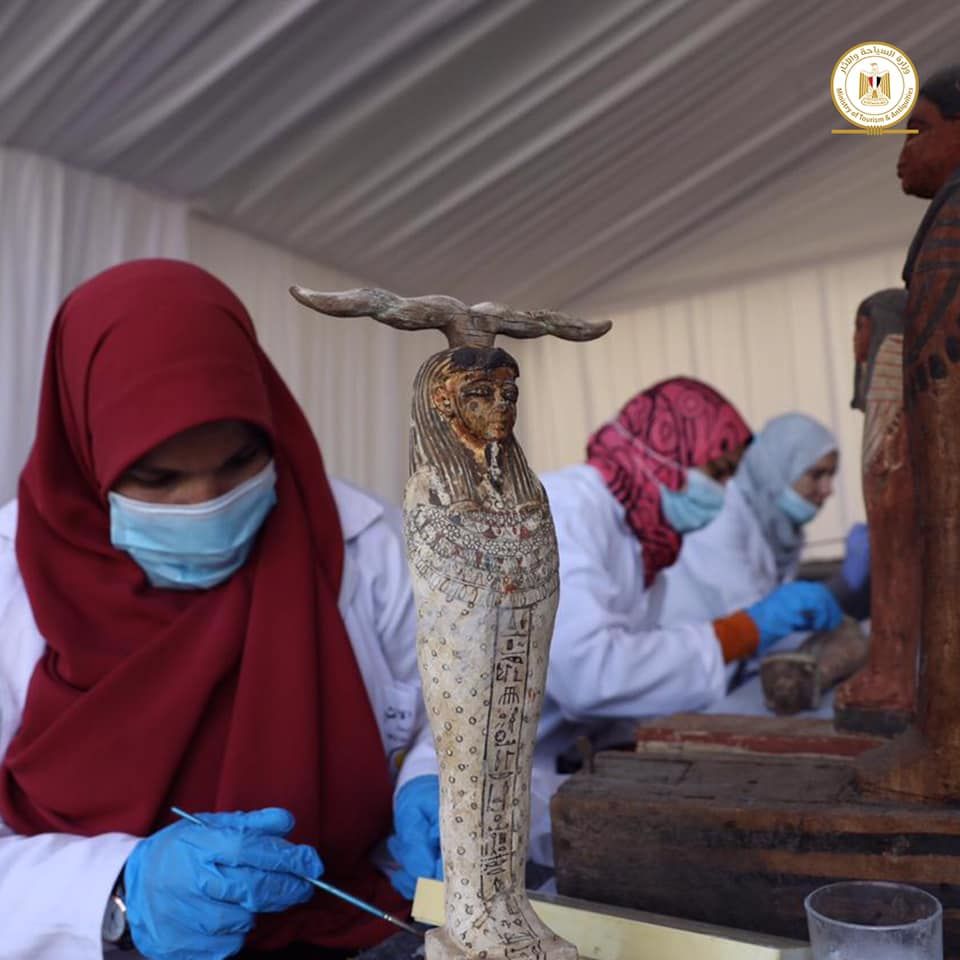