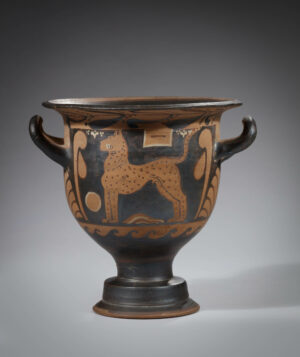 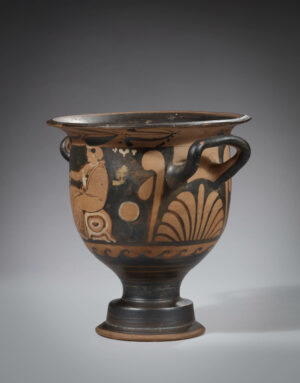 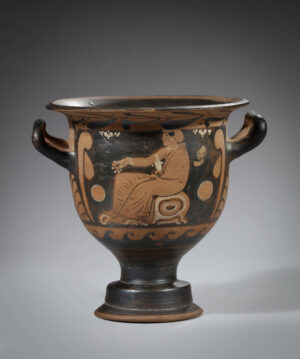 Red figure decoration on side A of a leopard standing in attentive posture to the left, body dotted, ears straight up, tail raised, half volutes at either side, large white bordered red roundel before him, ivy leave between three berries in added white in upper left and right of scene, window(?) above; side B with lady seated on rock to the left, holding a wreath in her right and an alabastron in her left hand, white bordered red roundels and white ivy leave with berries at either side above and before her; palmette beneath the horizontal handles