Extent of trade in looted antiquities is exaggerated, report claims 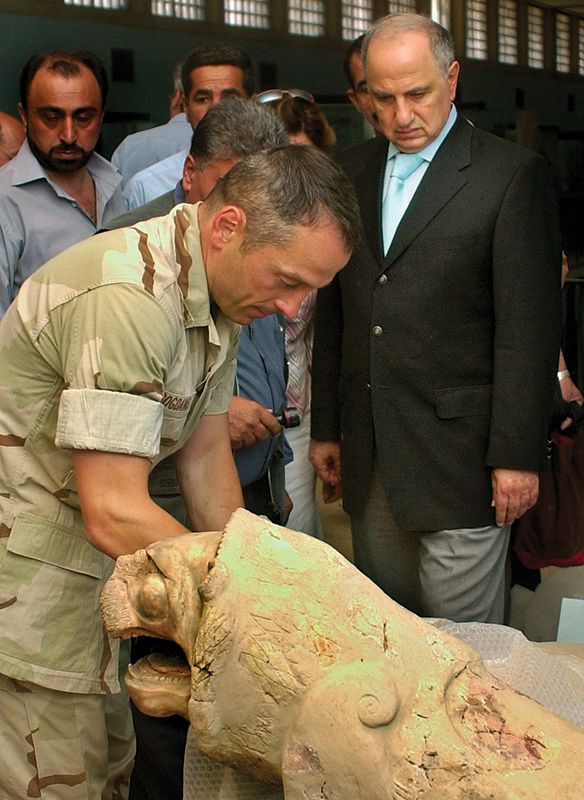 A new report claims that the scale and organisation of the illicit trade in antiquities has been exaggerated. Released in late may by the us-based not-for-profit research organisation rand (which is partly funded by us government agencies) the research suggests the true size of the market in illicit antiquities may be “much smaller” than is regularly reported.

Perhaps more controversially, the report claims that “fuelling this disconnect between reported looting and assumed markets for these goods is the problem that bloggers, journalists and advocacy groups, although often producing high-quality research, are rewarded for sensational headlines and claims that bring attention to their issues and readers to their pages or sites”.

It also suggests that claims of an overlap between networks smuggling weapons, and those smuggling antiquities, largely derive from us marine corps reserve colonel Matthew Bogdanos’s experiences during the Iraqi civil war and says there is little evidence of such overlap on the online platforms it reviewed. The report concludes that the end market for looted items is not always the west, and that the market structure “often appears ad hoc and opportunistic”.

The research drew from informant interviews, open-source data (including auction records and dealer sales data) and discussions with experts.

Those in the trade have been quick to back the findings. Vincent Geerling, the chairman of the association of dealers in ancient art [iadaa], says “the report confirms everything we have been saying for years, including who is responsible for the misleading picture being given and why.”

Others say the debate over the scale of the trade has long been had. “The report is correct in its main conclusions, though they are what many specialists have been saying for some time,” says Peter Campbell, a maritime archaeologist who has written on antiquities trafficking.

“In the absence of a global number, we’re left with snapshots, and the snapshots we do have should unsettle any policymaker,” Tess Davis, the executive director of the antiquities coalition, says. “While estimating an accurate number is important, we must not equate market value with harm. Damages far exceed what has been stolen. Even the most conservative estimates of Isis profits from cultural racketeering would have funded tens of thousands of weapons. It shouldn’t have to be said that one dollar from American buyers to Isis terrorists is too much.”